May the Force Be With Lou :: Star Wars Birthday Party

Our Young Jedi turned 8 on Sunday, and we thought it would be time to finally throw him a proper Star Wars party to celebrate.  We’ve been putting off Star Wars as a theme forever now because we were struggling with deciding which direction to take it.  The Star Wars universe is so vast and we love so much about it — but how do you properly include certain details and themes without having too messy of a story?

We ended up deciding upon the OT (original trilogy) and keeping it “classic” while still putting our own spin on things.  Initially, we didn’t plan on all of the extra decorations — but we started pulling items out from our house to fill in voids and realized that our entire house is practically Star Wars memorabilia.  Ha.  Whoops.

Whenever I plan a party, I always figure out the invitation and then build the decor and party gifts around that.  I had this idea to yin yang the Imperial Cog and Rebel Alliance symbols, to represent the balance between the light and dark sides.  After that, it was all about choosing a side. 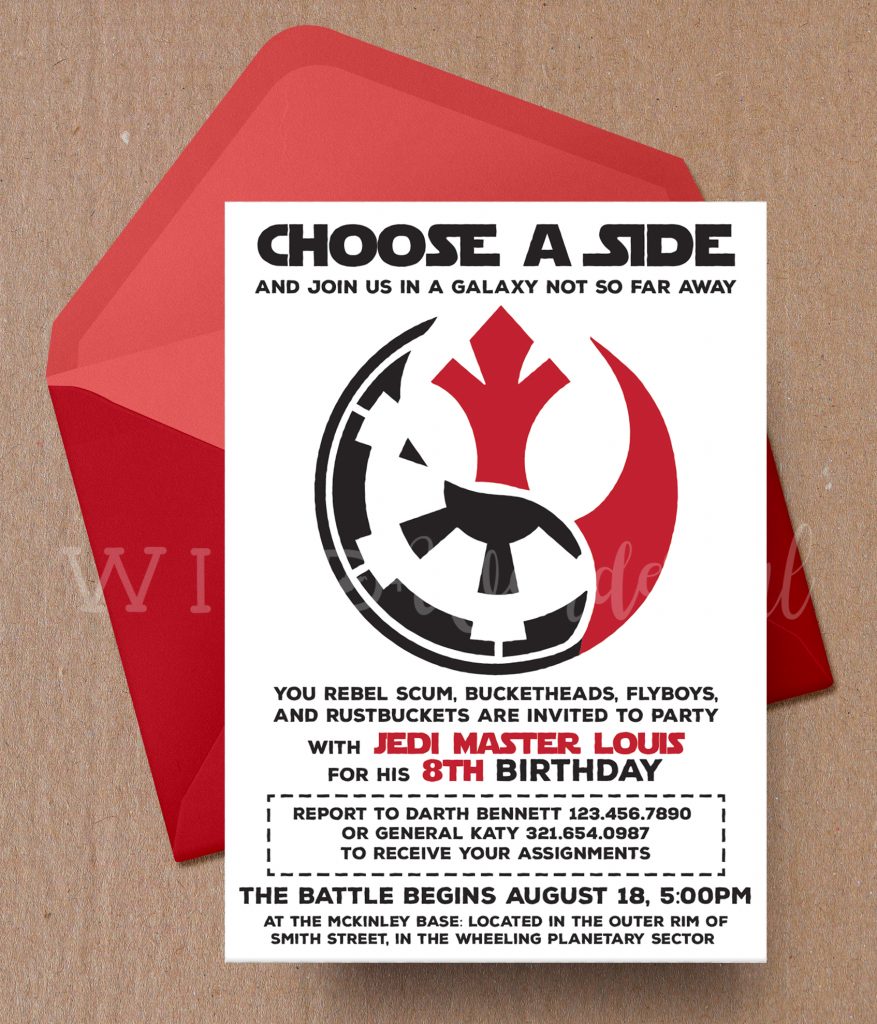 We decided to split our porch right down the middle, to represent both sides as equally as we could.  From propaganda posters, to a quilt I made for Bennett a few Christmases ago, to blow up Death Stars and Millennium Falcons, and even down to the table coverings and where figurines were placed — we made sure to keep everything to a side and to keep it as canonical as possible.  I think we did okay!

How about what we wore as a trio?  We decided that, though our party was really to promote a balance between the Empire and Rebels, that we are all truly part of the Rebellion at heart.  Louis’ robe paid homage to Luke Skywalker, I became “Mom-2 D-2” and Louis was calling Bennett “Commander Bennett” for the evening. 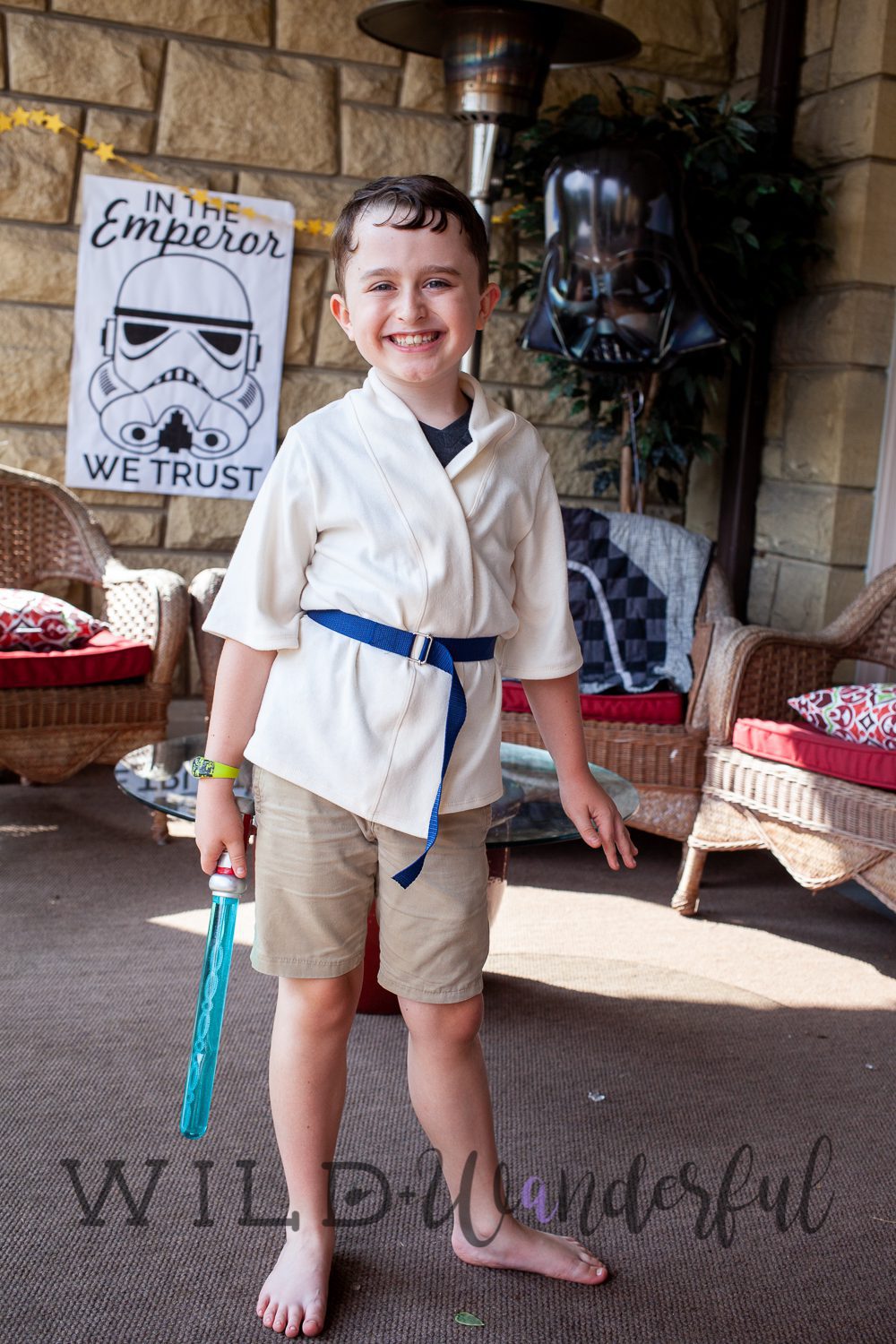 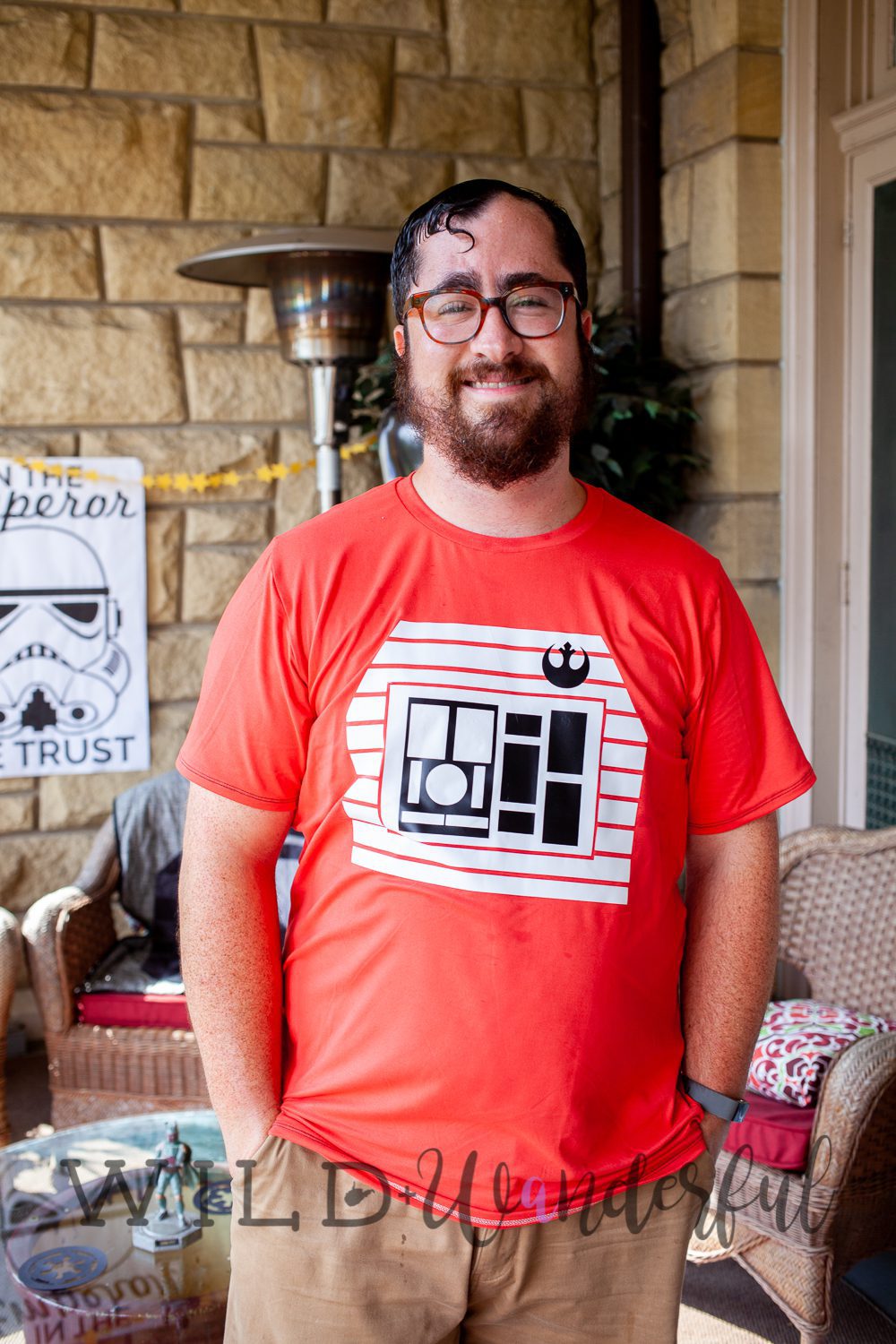 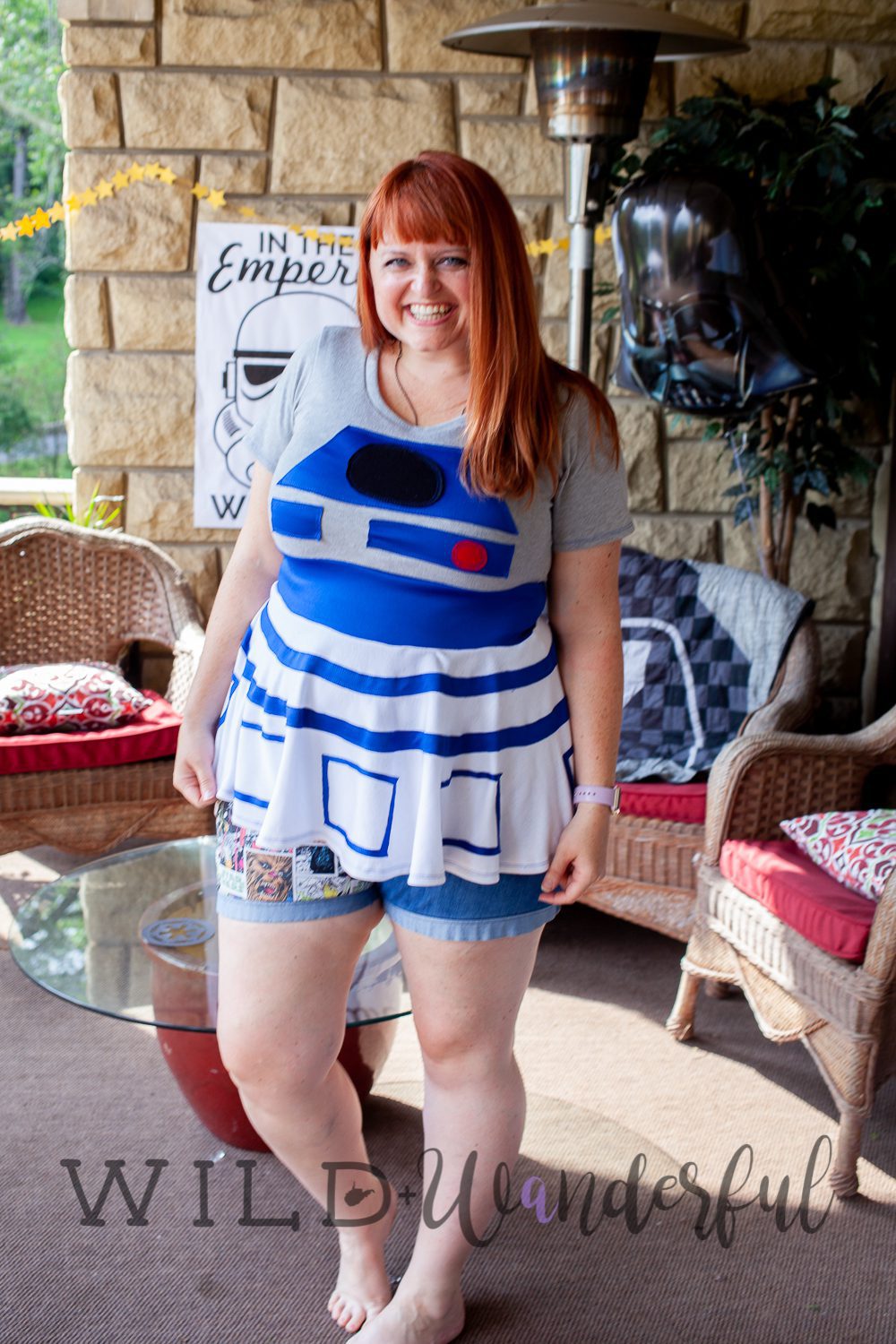 My goals for party favors are always in the way of dressup and imaginative play.  I love when I can have take-homes for the kiddos that they also can use during the party itself.  So we created these light sabers from bubble wands, and rebel pilot helmets out of some paper and glue.  They turned out so cute and the kids were playing with them all night.  (Some adults too, let’s be honest.) 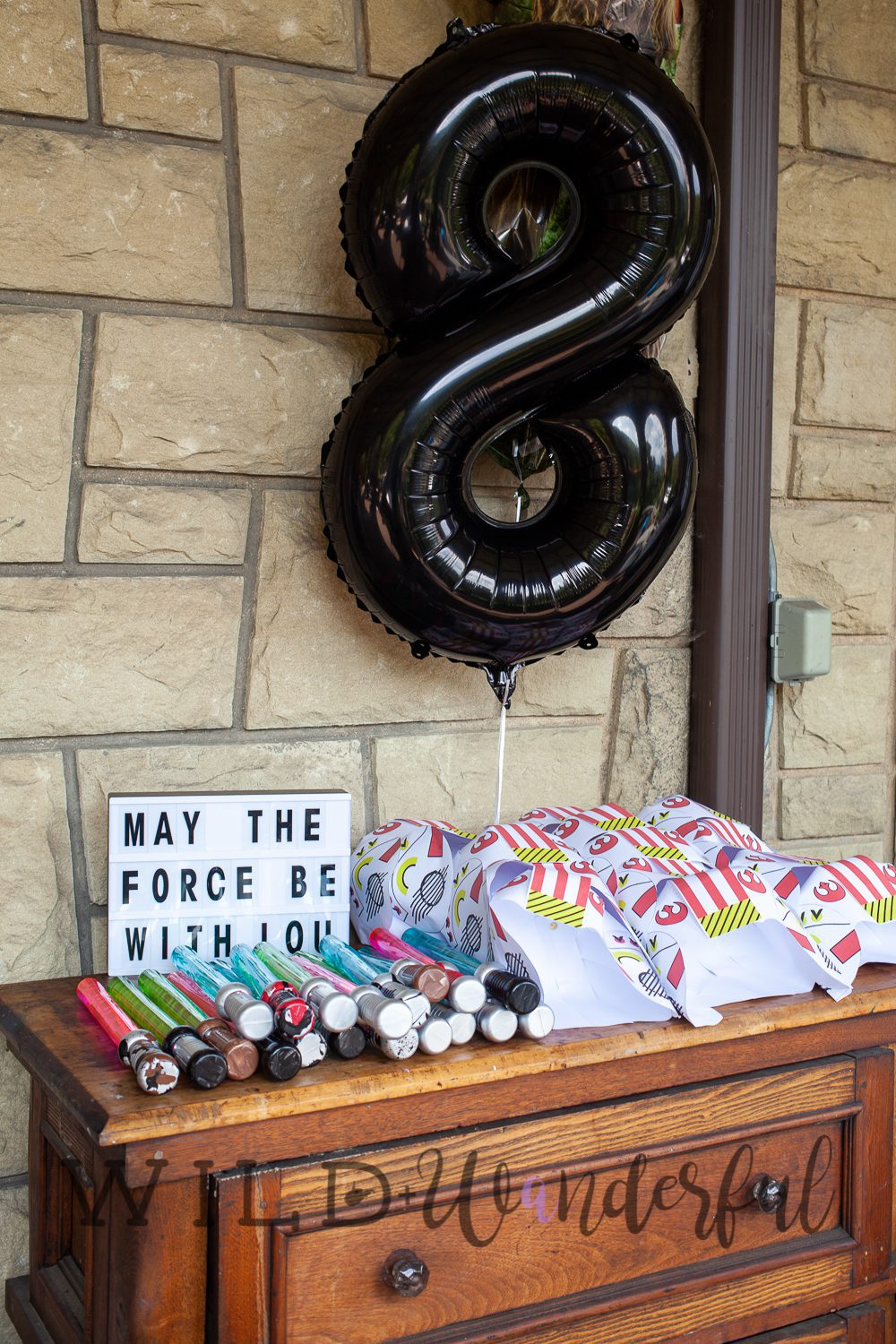 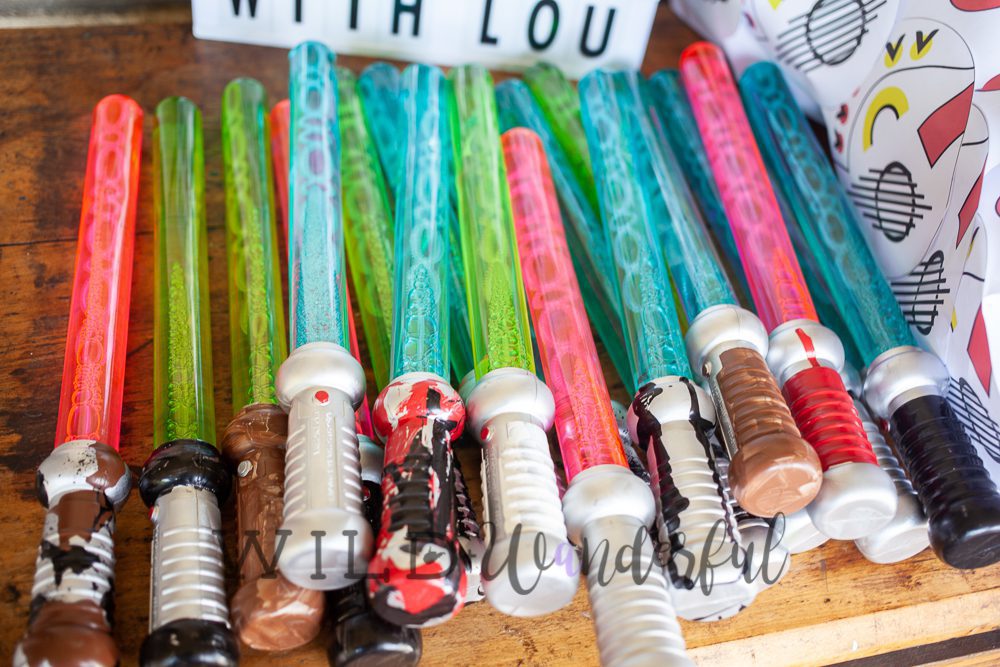 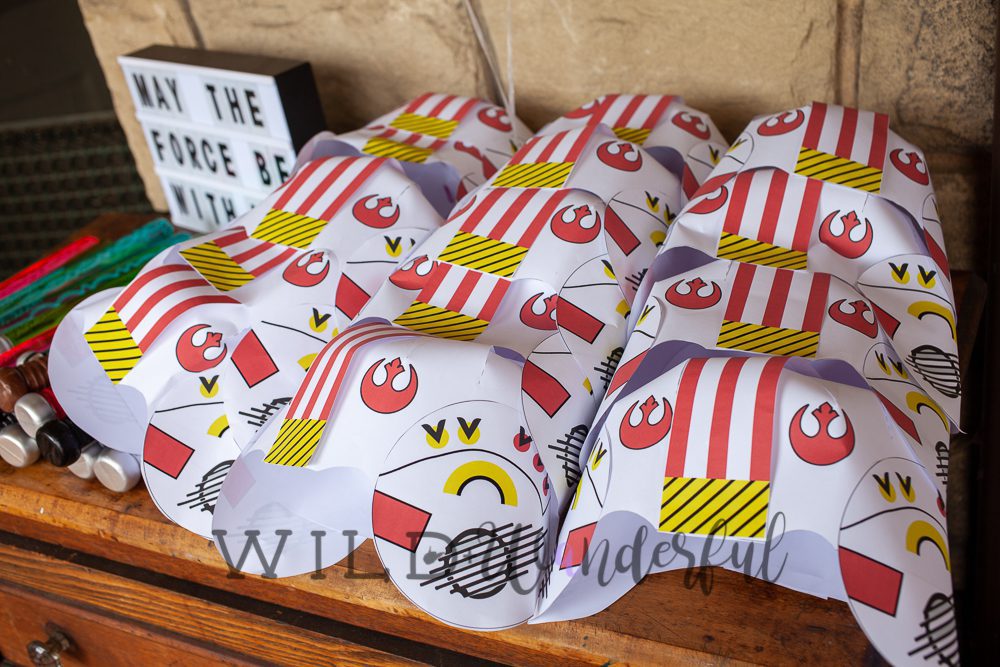 Of course a party isn’t a party without the attendees!  We always have a habit of packing our porch full of active, awesome people.  (And provide a keg of yummy craft brews to entice the parents to hang out with us longer.)

We want to send out a heartfelt “THANK YOU” to everyone who helped celebrate our sweet boy.  Louis was pumped before the party started and still carried that excitement throughout the next day (his actual birthday-day) while recapping the fun he had.  We love you guys!

Before you go, please make sure to visit the rest of the goodies, downloads and tutorials that we created for this special 8th Birthday Party for our kiddo!  (Some of the links won’t be live until they’re officially shared throughout the week.  Don’t panic if it leads you to a dead end just yet!) 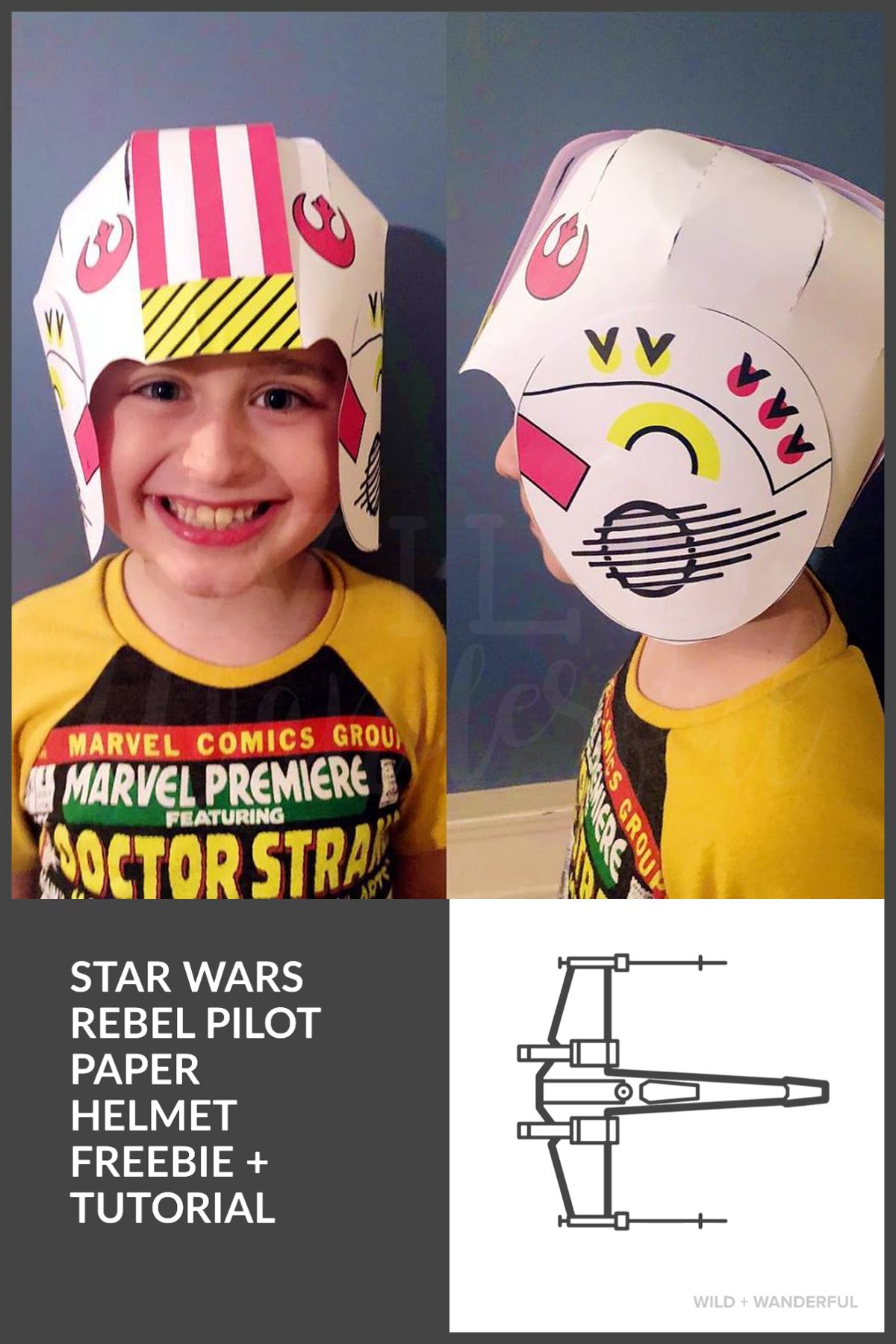 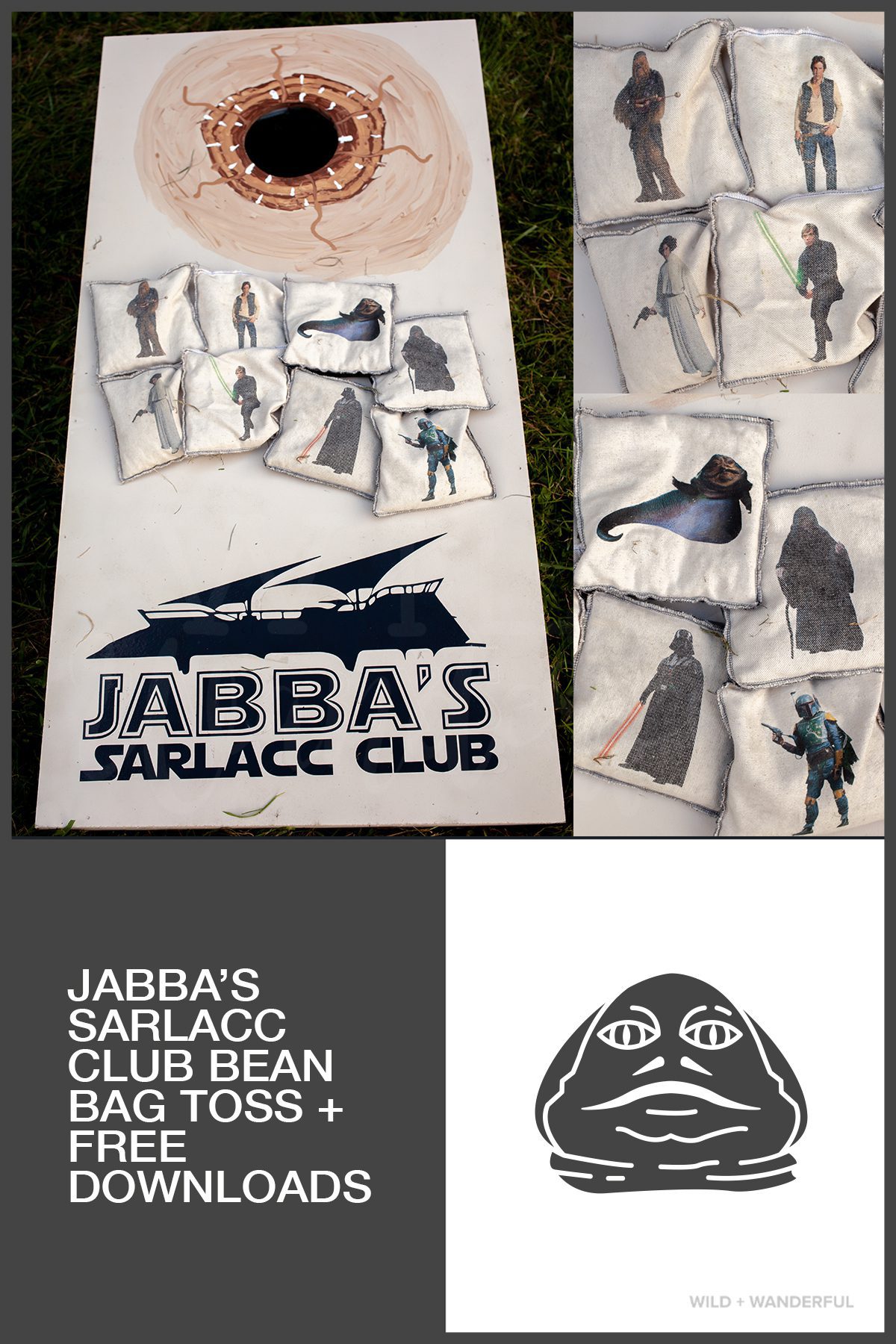 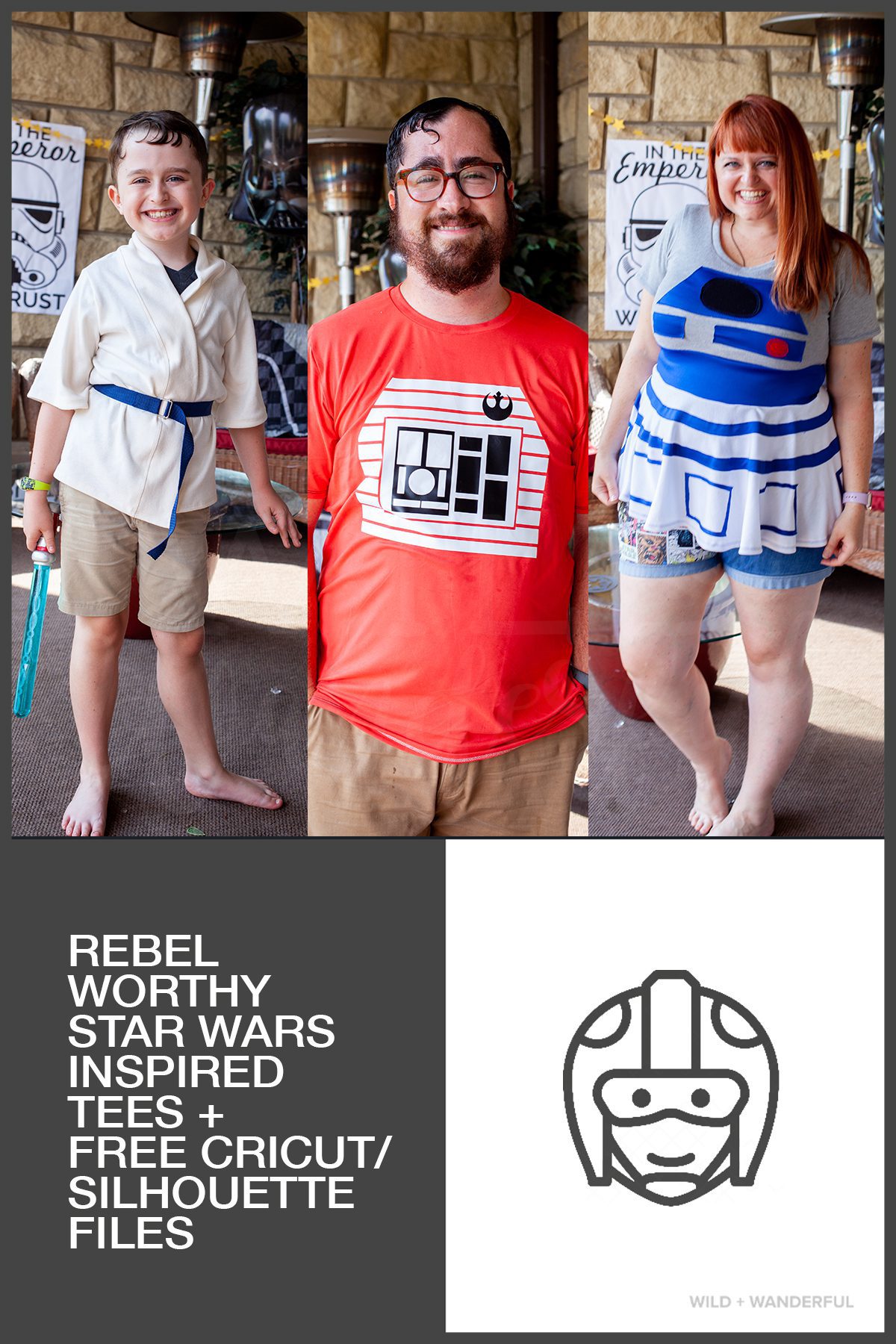