Fig Goes to the Zoo.

Oh Halloween, I sure do love you.  Candy and creative costumes?

Let’s make this a year round event, shall we?

For the last two years we’ve let Louis decide what he wanted to be for Halloween.  He’s picked it pretty early on in the year and stuck with it…last year our trio went as Spiderman and his Amazing Friends.  This year, we will all be dressing up as characters from a little known stop-motion animated show on Amazon Prime called Tumble Leaf.

Louis is the main character: Fig the Fox.  And he makes an adorable Fig, I might add. Tumble Leaf is seriously an adorable show.  Louis randomly stumbled across it on his iPad a few months back and he’s watched every single episode about a million times over now.  Bennett and I love the show because it’s educational, like many shows geared toward Louis’ age group.  Fig is adventurous and learns a lot of things that tend to be very science based.

The only problem with Lou’s choice was that there was absolutely no other costume to base the design off of.  We had to put it all together from scratch.  Of course Louis would pick something that would challenge his parent’s creative abilities. His favorite character is actually a quirky little caterpillar named Stick, who lives in a tiny cask barrel on Fig’s arm.  When Bennett showed Louis the barrel he’d made, Louis squealed, “Stick is going to love his new home!”  A giant thumbs up from our four year old means that Daddy nailed it. 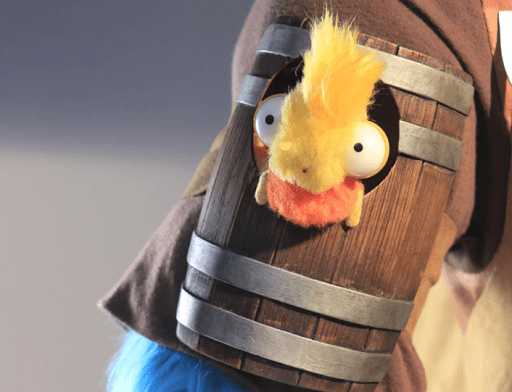 The Good Zoo at Oglebay Park has a “Boo at the Zoo” every year for the kiddos.  We’ve had a busy October so far but we managed to squeeze in a visit yesterday.  It’s just another chance to get use out of the costumes that some of us have spent time/money on and it’s a safe environment for letting children Trick-or-Treat different stations all over the zoo. We got to meet up with two other families and explore the zoo with them.  It was a fabulous time.  Even the adults got some candy and loot…so it worked out for everyone involved. 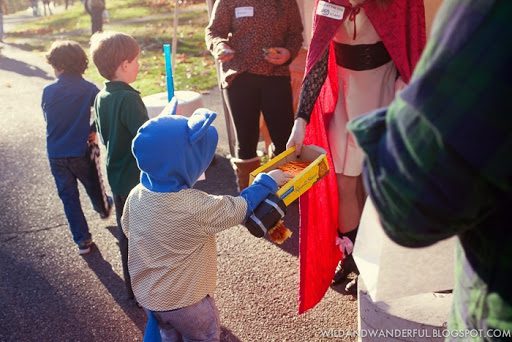 It’s crazy how cooperative the weather has been the last week or so.  It’s been weirdly warm during the days.  Hello beautiful Fall in West Virginia!!  So even though I made Louis’ costume extra warm with fleece…it really wasn’t necessary.  Yet.  Because I think it’s supposed to snow this weekend.  Gross. On our way out, we made sure to ride the spooky train (which I didn’t get any pictures while riding because we were packed in like sardines) and then of course took a picture in the silly face-in-a-hole boards.  I mean, who wouldn’t? I still have yet to put together the costumes for Bennett and me but we are also planning to be characters from Tumble Leaf.  Let’s do this!

**In case anyone is wondering, the main costume is a one-piece modified version of Running With Scissors’ Woodland Animal Sewing Pattern.